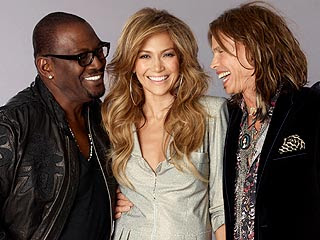 I tell you what Steven Tyler doesn’t bring to the table: relevancy. How relevant is Steven Tyler to the current state of music? Not much at all. That’s why I though and think someone more active in the current state of music (a music producer, businessman, executive) would have been a better pick. Personally I was hoping for a David Foster, Clive Davis, Tommy Mottola, or even current President of Motown Records Sylvia Rhone.

By picking Davis Foster, Clive Davis, Tommy Mottola, or Sylvia Rhone: Idol would have had a solid judge with a history of developing some great artists. The big side is that they are all still active in the music business. Meaning they know the trends but nope we’re stuck with Steven Tyler. Last time I heard he fell off a stage and went to rehab. Not exactly the most stable judge.

What do I know, this might work out. Steven Tyler might be fun and more up to date than I give him credit for. I’m not sure if Jennifer Lopez is enough star power to make you ignore the really old dude from that really great but old band. Randy Jackson is still a familiar face though dawg.

What do you think?
Posted by afreshmusic at 3:47 PM