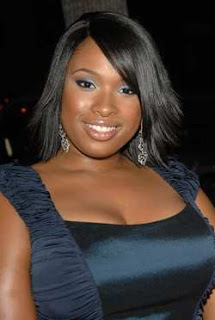 I personally would have loved to hear her cover fully James Brown's "It's A Man's World". She just doesn't handle Respect like you would expect her to do. She damn near trips over some of the words. After Aretha Franklin put her spin on the Otis Redding written song, nobody should ever touch it again. This performance proves that not even powerhouse belter Jennifer Hudson can handle it. This isn't a terrible performance but if I had to pick.....I would have to say I HATE IT