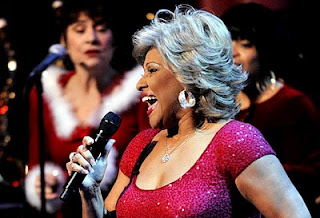 will be included in the Rock and Roll Hall of Fame 2011 class of inductees. She is truly one of those underrated legends. She has sung background for everybody and I mean everybody from Elvis and Tom Jones to Aretha Franklin and even Gene Autry!

You might not know the name but you do know the voice and the face. Darlene Love is the voice behind Phil Spector's mega hit credited as The Crystals "He's A Rebel". She is also an actresses having appeared in Lethal Weapon