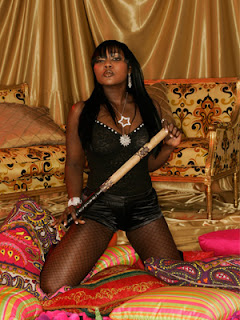 Ever wondered what happen to the fat chick from the 90's R&B female group Xscape? I know it's probably wrong to call her "the fat chick" but I'm sure back in the day everyone called her that once in a while. Looks like Latocha is preparing for a solo career after a couple appearances on movie Soundtracks. She's looking pretty decent too.

I have to say that I'm digging her new song "Heat Stroke". Listen and tell me what you think.

Music by Singersroom.com | More on LaTocha Scott
Posted by afreshmusic at 7:03 AM