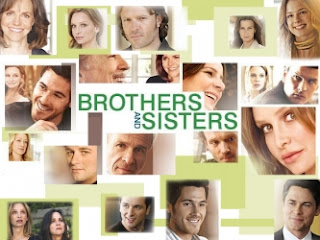 The last time I wrote about my addiction to Reality TV, I talked about how Glee

was my “Saving Grace”. I wrote that I was a recovering reality TV show addict. That was more than 7 months ago and I feel so happy to tell you that I have recovered! Hi, my name is Demetrius “afreshmusic” Williams and I’ve been clean for about 5 months of crappy reality TV. Although I have been tempted to catch up on Basketball Wives and even catch the spin-off version Football Wives.

Seven months ago I yearned, yes yearned for scripted television again. I reminisce about the days of Martin, Fresh Prince of Bel Air, the Cosby Show, Friends, Frasier, A Difference World, Seinfeld, and my favorite ER. Those were the good ol’ days of quality television. I thought those days were long gone. That we would all be forced to learn more about Snookie (Not to be confused with the cartoon dog Snoopy) and the rest of her Jersey Shore cast mates. Then I was introduced to Glee on Fox.

Glee is a wonderful television show with talented actors/actresses. It’s a scripted show about life and times of a high school glee club. With wonderful dance and singing numbers. However, Glee was only the beginning of me finding quality scripted shows. I call it my patch: Glee acted as my nicotine patch. It slowly but surely brought me out of the coma of reality TV. The music of Glee reminded me of American Idol, the drama of Glee reminded me of the Real World but the great characters reminded me of all those classic shows I love. Where the characters are much deeper than any reality celebrity could ever be.

After becoming a fan of Glee (yes I’m a Gleek), I started watching another Fox series Bones. Bones and Booth have the best chemistry on television. They also have more sexual tension than any Real World episode I’ve ever seen. I love the situation comedy Modern Family as well. The dramedy (comedy + drama) of Parenthood is just as funny.

A drama that I was recently introduced to is Brothers & Sisters

on ABC. This is a show that has been on since 2006 and I’ve never seen one episode until Sunday night. Based on the upper class Walker family with enough drama to make the Kardashian’s look like a normal family. This show stars heavy hitters Sally Field and Calista Flockhart. Those talented actresses alone is enough to watch this program.

So here is my top 5 shows that keep me away from the Reality TV crack:
1. Glee
2. Modern Family

What Television series do you watch?
Posted by afreshmusic at 10:10 AM