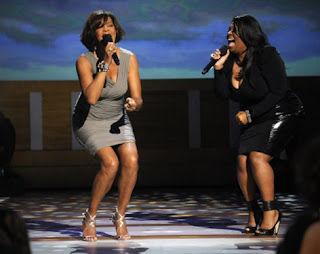 I can't wait until Sunday, January 30, 2011! Yes we have something to look forward to in the next year, Whitney Houston will be performing on Bet Celebration of Gospel. Not only will Whitney be hitting the stage but she actually joined Gospel star Kim Burrell

on the stage to sing the R. Kelly written "I Look To You

" which is from Whitney's comeback album of the same name.

Here is a review from BET.com:

There’s no use in even trying to keep it a secret anymore as Twitter and all the other social networks went crazy the minute Whitney Houston appeared on stage to sing her R. Kelly

-written and produced anthem, “I Look To You,” with every singer’s favorite singer, the amazing Kim Burrell. As you can see from the photo she looked great and I have to say, sounded good too! Kim Burrell began the song alone masterfully interpreting it as only she could, but the audience lost control when the stage opened up and Whitney Houston joined her for the 2nd verse. They did the impossible and complemented each other and didn’t over-sing each other one time! Trust me, you’re not ready for this performance! 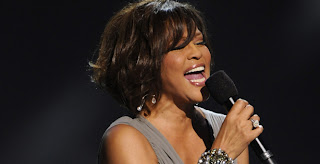 I'm so happy they say she sounded good. Let's face it our girl Whitney didn't have the comeback everyone thought she would have. While the album had solid sales, there weren't any hit singles, and her comeback overseas only tour went horrible. Here's to hoping the new year will be better for Whitney! 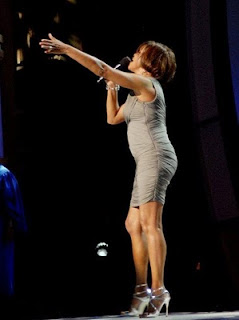 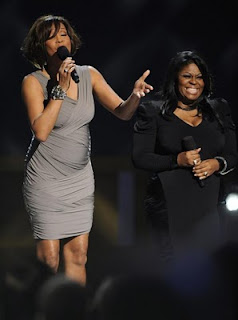 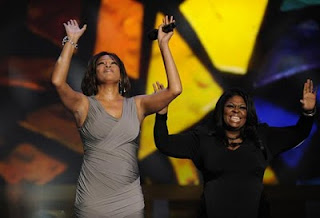 Posted by afreshmusic at 3:02 PM