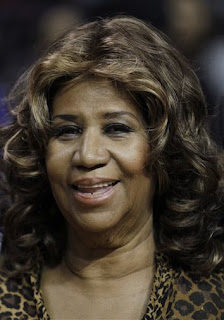 Look at The Queen of Soul, Aretha Franklin who was out with long time friend Rev. Jesse Jackson at a basketball game. This is believed to be her first public outing since her undisclosed health scare. Aretha mentioned on Wendy Williams that she was down to a size 16, which she was working to keep off. As a huge fan of Aretha, I doubted that number but the Queen proved me wrong. She's a smaller Queen but not to worry Miss 'Retha is still a full size woman. Not quite Star Jones or Jennifer Hudson skinny but she does appear to be in a healthier weight range. Congrats! 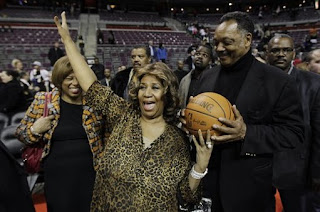 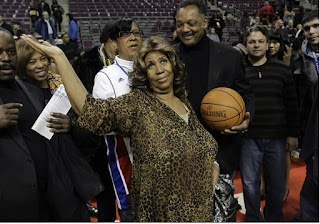 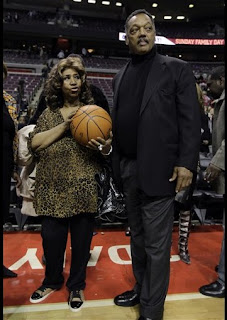 Looks like Miss Franklin was enjoying her outing!
Posted by afreshmusic at 8:09 AM