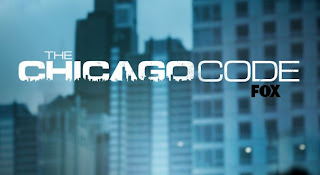 New show based on Chicago, crime and politics? Count me in! I’m a lifelong Chicagoan and I’m always knee deep in political conversations. I had to check out and see if “The Chicago Code” was a show worth bearing the name of my beloved city.

Starring Chicago native Jennifer Beals (Flashdance) as the Superintendent of Police Teresa Colvin, Jason Clarke as honest detective from the South Side of Chicago Jarek Wysocki, and Delroy Lindo as corrupted Alderman Ronin Gibbons. The Chicago Code was created by Rockford, Illinois native Shawn Ryan who also created the police show The Shield.

This is a really good drama that started off kind of slow for me. Most pilots start off show because they are trying to get the viewer to understand the back story of each character. After you get to know each character and their role in the story, the show gets pretty good. Jennifer Beals is pretty good at her “I want to rid the city of corruption” role but it’s Delroy Lindo “The corrupted politician” that stole the pilot. He’s powerful, knows how to play politics, and an arrogant bastard. Yep, that’s a Chicago politician. Jason Clarke as Jerk “the honest detective comes across the most likable. A good cop that comes from a long line of Chicago Police Officers (his niece is currently on the force, lost a brother in the line, and his father was a police officer).

I say give The Chicago Code a shot. I love a show that kills a pretty big character off the first episode.
Posted by afreshmusic at 4:13 AM