Christina Aguilera Vs. Lea Michele at The Superbowl 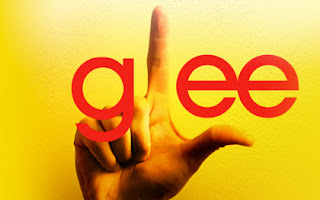 Yea, I know the game was Steelers vs. Packers

and the Packers kicked the Steelers ass. However, as a Chicago Bears fan I didn't really care about who won. It was a lose-lose situation for me. I didn't like either of the teams. I did go with the Steelers just because of my natural hate for my neighbors to the north but hey I'm not upset over the Steelers lost.

Now that we got the game out of the way. How about we pay attention to the other unspoken competition. International Pop Star Christina Aguilera

.
Christina Aguilera who is regarded for her powerful voice tackled the very difficult National Anthem while the unknown (outside of fans of Glee) Lea Michele tackled America the Beautiful. Lea Michele knocked it out the stadium in her big dramatic Barbra Streisand type way. Showing that people can still sing on key without need of auto-tune! Christina went up against the National Anthem and hit a few sour notes and it was down hill from there. She screwed up lyrics and looked extremely fat in the face. Okay, the fat in the face comment has nothing to do with her vocal ability but you know I had to be my regular snarky self there.

The score? Lea Michele 7 Christina Aguilera <---- Blown out by a Television star...damn Christina you must do better!

Posted by afreshmusic at 3:55 AM