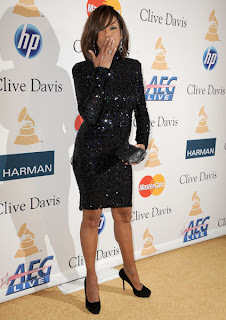 attended Clive Davis exclusive Pre-Grammy Party. Not only did Whitney attend but she also performed a tribute to her legendary cousin Dionne Warwick

who was also in attendance. I heard Whitney sounded horse but there were glimmers of her old self/voice in the performances. Glad to see that Whitney is still hitting the stage and I believe her voice is slowly but surely coming back. 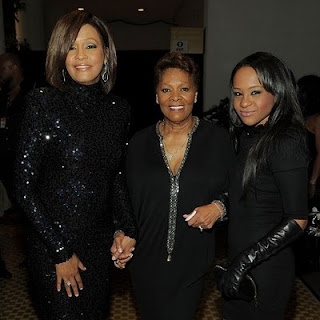 Jennifer Hudson, Leona Lewis, Monica, Usher, Martina McBride, Jane Lynch from Glee (Sue), Ciara,Cher, David Geffen, Diddy, Miley Cyrus, Katy Perry, John "not attracted to black women" Mayer, Mary J. Blige (who performed), Serena Williams, Bobbi Kristina, R. Kelly (who I heard had the A-List audience on their feet with his performance), Cee Lo (had the audience singing), Glee Star Matthew Morrison (Mr Schuster), and of course Dionne Warwick (who jumped on the stage with Whitney for a duet of "That's What Friends Are For". 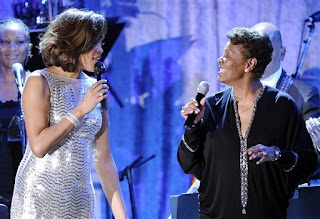 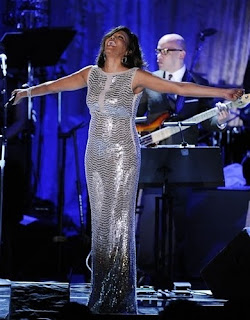 Whitney Houston (Very Diva Pose)
Posted by afreshmusic at 9:32 AM