Morning Cup of Soul - Tammi Terrell - All I Do 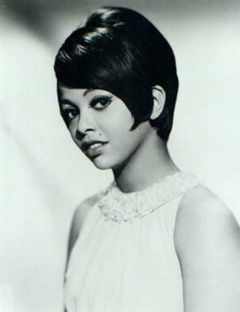 All I Do was written (and later recorded) by the great Stevie Wonder. Here is Tammi Terrell original version of "All I Do" which was written for her by Stevie Wonder and recorded in 1966. Tammi Terrell is mostly known for her duets with the Prince of Motown and R&B Marvin Gaye. Songs like: Your Precious Love, If This World Were Mine, Ain't No Mountain High Enough, and Ain't Nothing Like The Real Thing, will forever be associated with both Marvin & Tammi. Before teaming up with Marvin, Tammi was signed to Motown as a solo artist. She recorded "Come and See Me" and "This Old Heart of Mine" along with some other rare solo goodies that radio doesn't play.

The late Tammi Terrell was beautiful, talented and died way too young (24). I always thought that she would have been a perfect replacement for Diana Ross in The Supremes. Unfortunately she in 1970 and Marvin Gaye would never be the same after losing his dear friend.
So here's to Tammi Terrell and the superstar she could have been. This is just a killer track! Delivered in such a sexy yet innocent way that only Tammi could do.
Posted by afreshmusic at 5:06 AM