Chaka Khan announces she won't be performing on the Grammys 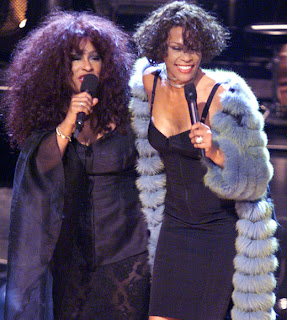 Chaka Khan has released this statement regarding performing at the Grammys in tribute to Whitney Houston:

“There have been numerous statements that I will be performing for tonight’s Grammy Award tribute for my dear friend Whitney Houston on the occasion of her untimely passing.As I grieve the loss of my friend and “little sister,” I don’t feel it appropriate to perform “I’m Every Woman” at this time. Although, “I’m Every Woman” has double significance due to it being one of Whitney’s biggest hits as well as having been written by Nick Ashford (and Valerie Simpson), there will be other fitting occasions.

Continue to hold Whitney’s family up in prayer.”