Inez Andrews has died at the age of 83 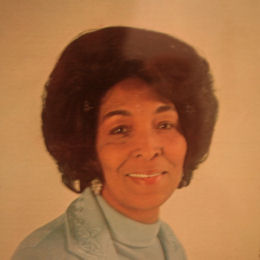 Gospel music and the entire music world has lost another great voice. Inez Andrews, famous for being a member of Gospel music super group The Caravans and her big hit "Lord, Don't Move My Mountain" has passed away at the age of 83.

Inez was featured on this website on April 19, 2009. Reviewing the song of "Mary Don't You Weep", these are the words that was written:

This is actually The Caravans with Inez Andrews on lead but Inez takes this songs and makes them nothing but back up singers (Sorry Albertina). This was in a time where singers were not merely showing their voice but they were telling a story and Inez tells the story. Whoever is in the background moaning is trying to bring the Angels down.
This song is from 1958 and it doesn't sound dated one bit because it is true gospel. Gospel music unlike other genres rarely sounds dated unless they were conforming to the popular sound of the day. Actually most excellent written songs never sound dated. It sounds as good today if not better and the meaning is still intact.

Inez Andrews was famous for those high wails that Aretha Franklin would later make popular in Soul music. Inez Andrews was truly a pioneer in the Golden Era of Gospel. The Fresh Music Page is sending prayers to her family and friends.
Posted by afreshmusic at 8:22 PM