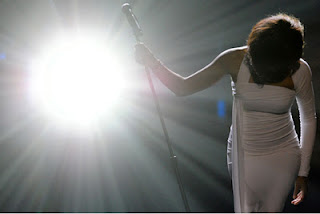 Whitney Houston was many things an ICON, the Queen of Pop and R&B, an effective actress and one the best live singers in the industry. In her prime not one performer today could touch her.

Whitney’s tone was the most beautiful tone I have ever heard. She could effortlessly soar to the highest of notes and then swoop down with earthy church runs. Whitney took everything from the great Diva’s such as Aretha Franklin, Diana Ross, her cousin Dionne Warwick, and of course her mother Cissy Houston and combined them into a beautiful package that appealed to R&B fans as well as Pop music fans.

I fall in love with many her performances via YouTube but it is one that always sticks out and I hold dear to my heart. Whitney Houston’s performance at the 1994 American Music Awards has stood the test of time of being completely perfect. Whitney shows that she can tackle jazzy Broadway tunes like “I Loves You Porgy”, hard hitting rhythm & blues powerhouse ballads like “And I Am Telling You” and effortlessly handle one of her biggest songs “I Have Nothing”. It’s amazing that she did all of this in one performance. 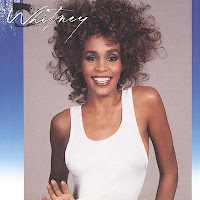 Like many great singers that have gone before her; Whitney could just stand there, sing and have the audience eating out of the palm of her hand
Posted by afreshmusic at 1:11 AM