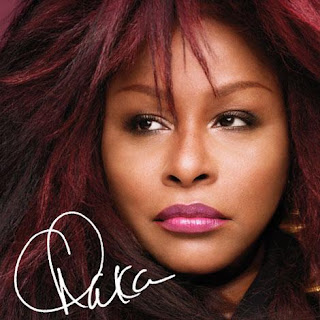 After reading reports of Chaka Khan leaving rehab a week early due to Lindsay Lohan antics.  I went straight to the big voiced diva herself via twitter and asked her was it true.  Well, I didn't get a response but later on her website she posted a screenshot of her tweet to Lindsay and Lindsay’s response.


Bottom line those rumors seem to be false. It looks like it is all love between the two. 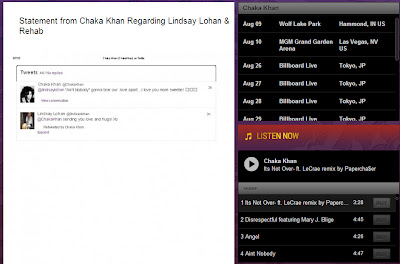 Chaka also stated: “To choose to do what is necessary to better one's self is commendable. I applaud Lindsay Lohan for doing the work. She is a lovely young lady and I pray for her well-being. The battle of addiction is a serious and long process, which is why I chose to address my use of prescription medications—which came about as a result of the knee surgery I had a few years ago. When and if necessary, I will seek alternative methods and traditional treatment to stay ahead of any potential problem.  So many are not here today, and have lost this battle with addiction. Because these medications are legal, their abuse is often unknown—until it's too late. If not handled they are a silent killer.”
Posted by afreshmusic at 10:09 PM