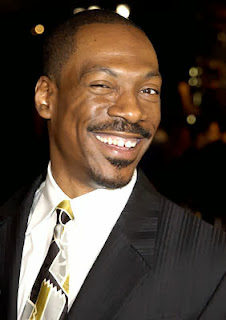 I’m so confused right now.  Eddie Murphy’s “Promise You Won’t Break My Heart” isn’t a bad song at all.  I actually like it and it makes me very confused.  I have to think; are my expectations of music so low that Eddie Murphy is making music that sounds good to my ears?  To be honest I never thought Eddie Murphy had a horrible voice but when “Party All the Time” hit it was such a gimmick song (and horrible too) but it was a hit.  However, Eddie was never considered a real singers when there so many talented singers out in 1985.  Think of the singers that were burning up the charts in the 80’s.  Rick James, Michael Jackson, Prince, Luther Vandross, these guys were singers.  They had talent and now who do we have to compare Eddie Murphy to?

I can honestly say that Eddie Murphy has a better voice than Chris Brown, Trey Songz, and Drake.  This my friends leaved the fresh man all types of confused.  R&B music wouldn’t be so crappy if we compared our modern day singers to the old school singers.  Since Eddie Murphy released a song in 2013 we have to compare him to the singers of 2013.  That means that we have to take Eddie Murphy’s musical endeavor a bit more seriously than we did back in the 1980’s.