A Christmas Story: An Unexpected Gift Makes The Best Gift

After reading so many Christmas stories around the web from the 100 year old letter that asked for school supplies to the little girl that wanted “a little thing that could turn into anything” and a thousand bucks.  I just had to shake my head and mutter the words “these kids today are so extra!” Clearly with each generation I feel older and older but I’m not that old!

I don’t have any Christmas list from when I was a child because I use to just circle what I wanted in the JC Penney Christmas catalog. Wait, do they even send Christmas catalogs anymore? I doubt it because that was the days before everybody had a computer in their house and the days before smart phones and wifi. I remember when my aunt bought my sister and I a Nintendo NES and that was considered a super extravagant gift.


What’s so funny about that old classic Nintendo was that we didn’t even ask for it because we just knew it was out of the question.   Yes, Santa is cool but I don’t think he’ll be gifting us with such an extravagant gift.  I thought it was better to stay on Santa's good side and not push his budget so much. 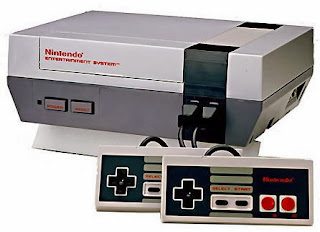 I can’t remember the year but I’m guessing it was the late 80’s and I certainly don’t remember anything else about that Christmas.  I just know that I got a Nintendo and my aunt became the coolest Aunt in the land.  It’s not that the gift was considered extravagant but it was the unexpected surprise that made that gift so special.

I think children of today expect too much.  There are hardly any unexpected surprises anymore.  My best Christmas memories aren’t the ones where I got what I asked for but when I got something amazing that I never even thought to ask for.
Posted by afreshmusic at 7:58 PM

Email ThisBlogThis!Share to TwitterShare to FacebookShare to Pinterest
Tags: Christmas