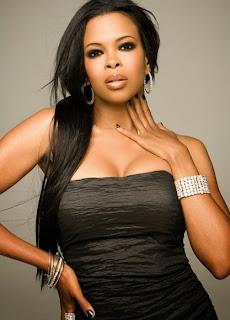 Unfortunately Dawn Robinson has confirmed that she will not be part of R&B Divas LA second season.  She did state on twitter that there will be a second season but she just won’t be part of it.  She also went on a tiny rant about how she feels they tried to tarnish her image.

I have to be honest; Dawn never had a great image. Although Dawn has always been my favorite member of En Vogue, I've heard horrible rumors about her being a major witch. I was happy to find out that she actually was not a witch but probably someone that was overly sweet. I wish Dawn the best but I am looking forward to another season of R&B

I’m sure Lil’ Mo and Chante Moore can hold it down because Lil’ Mo brings the realness/slightly ghetto and Chante was constantly bringing the goofy!
Posted by afreshmusic at 11:27 AM