Mariah Carey - Me. I Am Mariah - Full Album Review 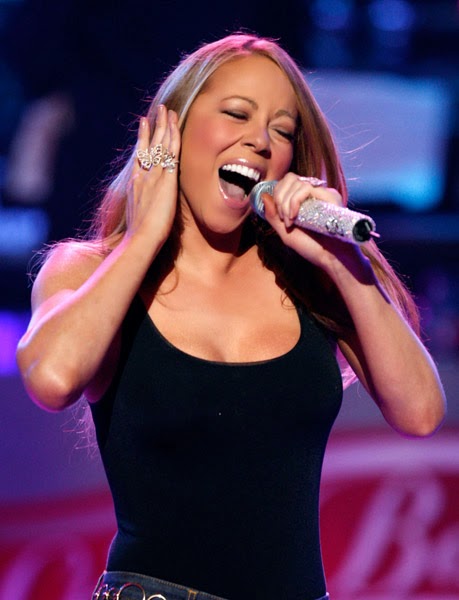 I decided to do a song by song review of "Me. I Am Mariah". In short this album reminds me of mid 90's Mariah. Classic pop ballads, a bit of R&B, Gospel influenced vocals and Mariah meets hip-hop. Mariah is in excellent voice on this album.

Cry – Gospel influenced ballad. Mariah is in very good voice. I haven’t heard her sound this solid since “Fly Like A Bird”.

Dedicated featuring Nas – Nice groove but nothing amazing. The voice still sounds really good though. However, this sounds like an album filler.

#Beautiful featuring Miguel – This spent sometime on the billboard charts last year. Still sounds great though! Great production with the guitar and that vinyl sound. You’ll sing along with it especially on Mariah’s part. Miguel holds his own though.

Thirsty  - Current Top 40 sound. It’s catchy but it doesn’t kill you or anything. Sounds a bit like something Beyonce would do or a track Clive Davis would give to Jennifer Hudson to get her on the Top 40.

Make It Look – Classic Soul baby! Nice modern production but this is a Soul song. I love it! Not credited as featuring but that’s Stevie Wonder on the Harmonica. I have to say again that Mariah sounds really good!

You’re Mine (Eternal) – Sounds like a “We Belong Together” part 2. It’s a good radio single. It fits well on the album as well.

You Don’t Know What to Do Featuring Wale – Starts off with that strong piano that makes you remember “Vanishing”.  Mariah is really singing her butt off on the beginning and then Wale comes in and kills it. It does a little Donna Summer “Last Dance” thing. It starts slow and gets to really grooving. Has a modern Disco feel. I’m loving it.

Supernatural – Dem babies is on this track with some baby giggles. The giggles throw me off but it does have a nice groove. One day people with children will know that everyone else doesn’t think their children are as cute as they do. I wish the children were removed from this track. I mean they are throughout this entire song.

Meteorite – This is some techno/house/disco music type beat. For me this is a misstep but I’m sure it’s someone that can appreciate this. She does sound good though. If you “vogue” when you dance, this is for you. In other words, not for me.

Camouflage – Another Piano ballad. I love Mariah with a nice piano ballad but this isn’t all that. Sounds like an end of album type song. Mariah is doing the backgrounds as well. I’m getting a bit of an overload of Mariah. There sounds to be like a Gospel choir behind her too. She hits some impressive whistle notes. The song gets better towards the middle/end. I change my mind. I like it.

Money – I accidentally skipped it on my itunes radio. L I have no review of this.

One More Try – Another beautiful Mariah cover. This time she’s taking on George Michael’s “One More Try”. Just about everytime Mariah covers the music of the 80’s she takes it. Well, she just took another one. I know I said it several times but her voice sounds really amazing! The song is a bit too long though. Mariah fans will love it though because she’s doing a lot of things with her voice.

Heavenly (No Ways Tired/Can’t Give Up Now) – Mariah has gone Gospel and she sounds angelic. Nice modern drum beat behind this Gospel classic “Can’t Give Up Now”.  She is killing me with those whistle notes. She really gets into this and makes you get into it as well. The choir comes in and Mariah is just tearing it up.
Posted by afreshmusic at 8:04 PM