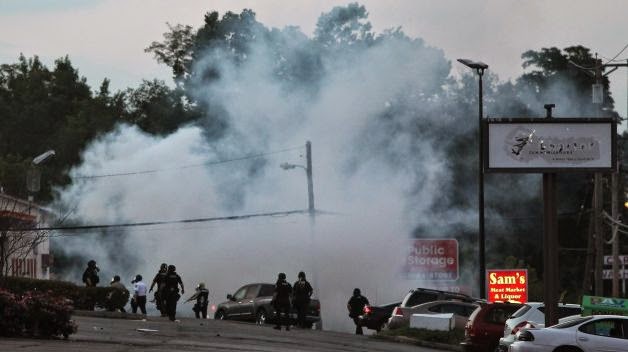 Tear gas, sniper rifles, and body armor.
Cries for justice and for freedom.
Attack on unarmed teens and reporters.

Yes, this is happening on American soil. The police department and county police have declared war on American citizens. They are shooting rubber bullets into crowds, tear gassing them, and arresting them for peaceful demonstration for justice.

If you do not have a twitter account or aren't fairly active on social media, you may not know this is going on. 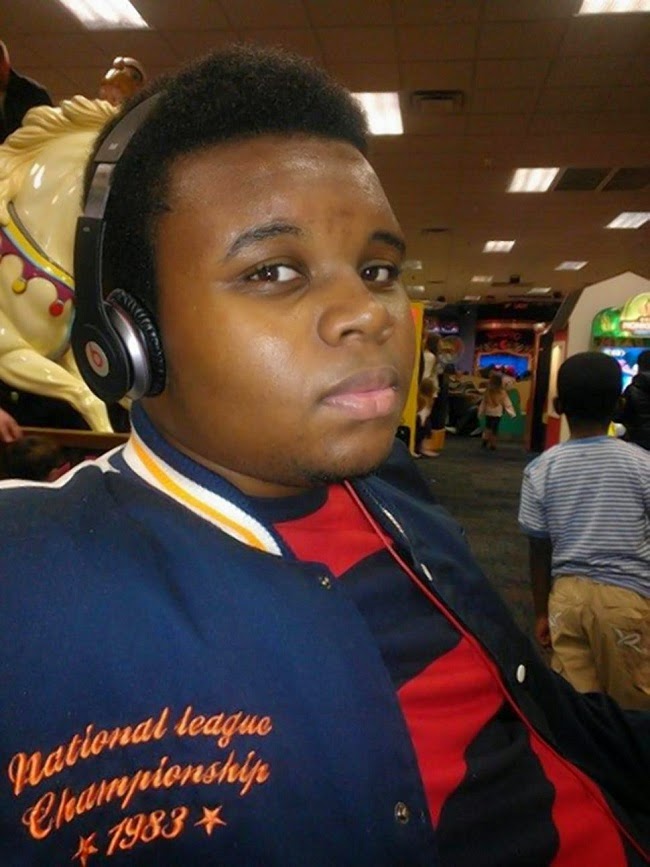 An unarmed teen by name of Mike Brown was shot and killed by a police officer. Questions were raised and the Police department responded with no answers. What exactly was the incident that left a 17 year old teenager shot in the back and dead in the middle of the street? Was this another incident of a boy simply being black?

The information that I have gathered is that Mike Brown was walking in the street with a friend. The police officer demanded that he “Get the fuck on the sidewalk”. The teen did not move fast enough for the officer and the officer never getting out of his car grabbed the young man. The officer proceeded to put the teen into a choke hold while the teen tried to free his self. The teens friend ran for his life as this the police officer started to fire shots at Mike Brown. After shots were fired, Mike Brown also begun to run and the officer shot the unarmed teen in the back. The teen lifted his hands and yelled that he was unarmed and not to shoot again. The police officer shot the young man again and a body lay in the middle of the street for hours. From audio records that were released by the hacktivist group “Anonymous”, you could hear that the officer called for crowd control first. From the audio that I heard the still unnamed officer did not call for ambulance or even state that there had been a shooting but he called for crowd control.

Now the citizens are dealing with an almost rogue police force that are trying to shut down mostly peaceful demonstrations and even shut down the coverage of the event to the media. On twitter other countries such as and are speaking to citizens of the that are in about how to deal with tear gas.

Posted by afreshmusic at 5:49 AM